Welcome to the world of time-outs! 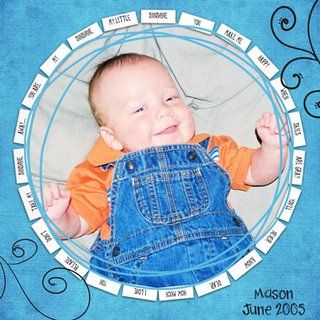 Ahh…yes, that cute chubby little boy has reached toddlerhood. And with toddlerhood comes lots of time-outs! He is learning he isn’t the boss and can’t throw fits…it’s just a long learning process!!

It’s hard to believe that last summer he was so little and now he is huge and does so many funny things! He loves to say “Pray…Amen!” He gives the sweetest kisses and hugs and is so complimentary of my cooking “mmm….yummy!” (Even if I’m only cooking him a hot dog! haha) He’s fascinated with lights/fans and loves dogs. He also loves sleeping with his bear and is rather attached to it for awhile after he wakes up. He also loves to play outside, says “wow” to the cars and anything he finds interesting, and splash in puddles. Here’s him splashing in the lone puddle at the church sunday school picnic last week. He loves to say “Water!” and then proceeds to splash! You should see how wet our bathroom is after he takes a bath! 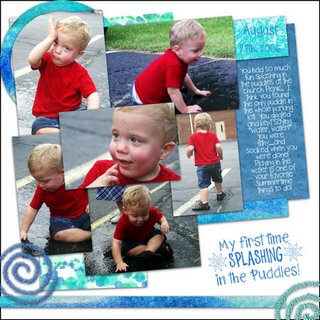 Little Millie is really starting to put on some weight. She is really easy going and loves to smile and coo. She gets so excited when she’s trying to talk! A couple of nights ago…she actually slept through the night! I’m hoping we’re getting close to actually getting some solid nights of sleep! The poor thing keeps leaking out of her diapers though…I hate Luvs! I think if it weren’t for the stupid diapers then she might actually sleep! 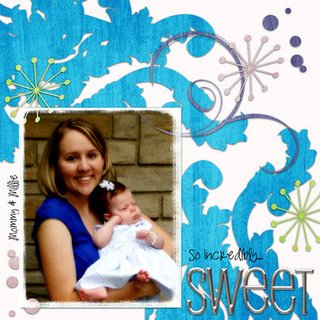 We’ve enjoyed this week…Aunt Ruthie was in town visiting Grandpa and we loved getting to see her. It’s like having your own “Paula Deen” around! The week went by way too quickly, though!