And the blog slacker award goes to….

me!! So sorry I’ve been neglecting this blog. We’ve been so busy this summer. Let’s see…what all have we done since my last blog post? (which was well over a month ago…yikes!)

We spent a week in June with Johnny & Jessica Hollis…so much fun! I got to take some pics of Millie using Jessica’s studio…definitely makes me want my own!

Abbie spent the first week of July with us…Mason still asks every day “Where Abbie?” They loved having her around! We were able to see my family for a few hours when we dropped her off…and I did some shopping at The Grapevine! (Love that store!)

We’ve been having VBS each Wednesday night & I’m teaching the Bible story. Tyler’s working with the teens, and Mason & Millie are having fun in class with Grandma!

Last week was our denomination’s national convention in Little Rock, Arkansas. It was quite an adventure getting there. We were about two miles out of our town when the air conditioning went out…we just new it was going to be an adventure at that point. Then…when we were a couple hours down the road, our tire sounded like it went flat on the interstate. We pulled over, but everything looked ok. When we pulled back on the interstate, it did it again…so we drove very slowly to the nearest exit only to discover we had only two lugnuts on our wheel. We called Johnny & Jessica and they came to our rescue! Between Sesser Auto Body & Garrett Payne, we were able to get a different car and head on down the road the next morning while our van stayed behind to get fixed. Packing everything from the van into a car was a challenge, but it all worked out! 🙂 I had so much fun seeing lots of friends and family at the nationals…definitely something I look forward to each year! (I really do have some pics…they just aren’t off of my camera yet…will add those later!) We took the kids to the zoo while we were there…and Mason asks daily to “Go see animals!” He loved it!

We got home on Thursday evening and then I left Friday morning for Chicago for the craft and hobby association convention. I’ve never seen so much scrapping stuff in all of my life! It *almost* makes me want to scrap with paper…but then I think where would I put it? And…it is so much cheaper to scrap digitally! I was able to meet some of my scrapping buddies…they are just as sweet in real life as they are online! Janet Phillips and Hollie took me downtown on Friday night…it’s hard to believe I”ve lived in Illinois my whole life but had never seen downtown Chicago! It was so much fun walking around downtown, navigating the L, and bus hopping. We spent the evening eating yummy food and walking around the navy pier. I’m a huge fan of Chicago now…but not enough to switch from my love of the St. Louis Cardinals!

I came home on Saturday and was greeted with lots of hugs from my kids…They are the sweetest! It feels good to be home! I’ve been trying to get caught up on laundry and scrapping before we head out of town again next week so Tyler can work at church camp & the kids and I are going to hang out with the family in Dexter.

I’ve still been going strong with scrapping…I’ve been a guest this month for Traci Murphy and Amy Wolff…and I’m a guest for Gina Miller next month! (seriously…somebody pinch me!) Also…Anne DeJong and Rachel Young asked me to be on their creative teams…I’m one lucky girl!

So…wanna see some layouts? (that’s the reason you visit, right?) 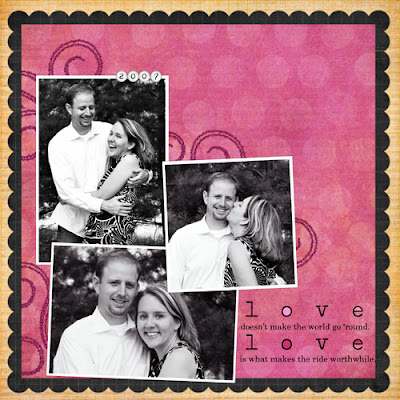 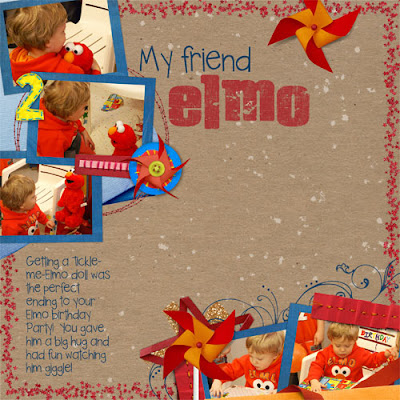 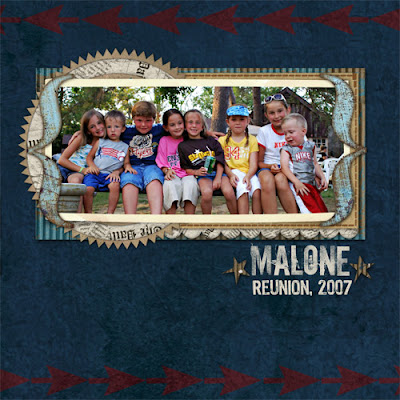 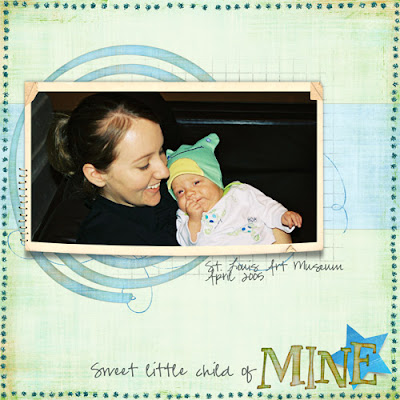 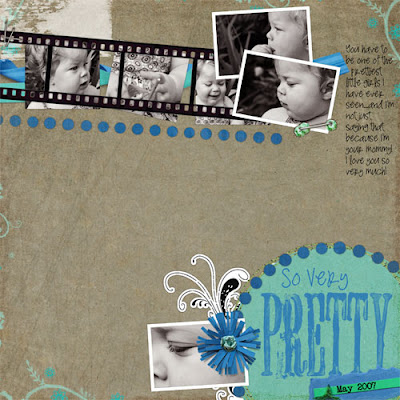 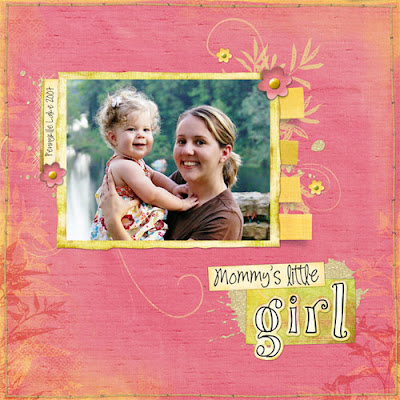